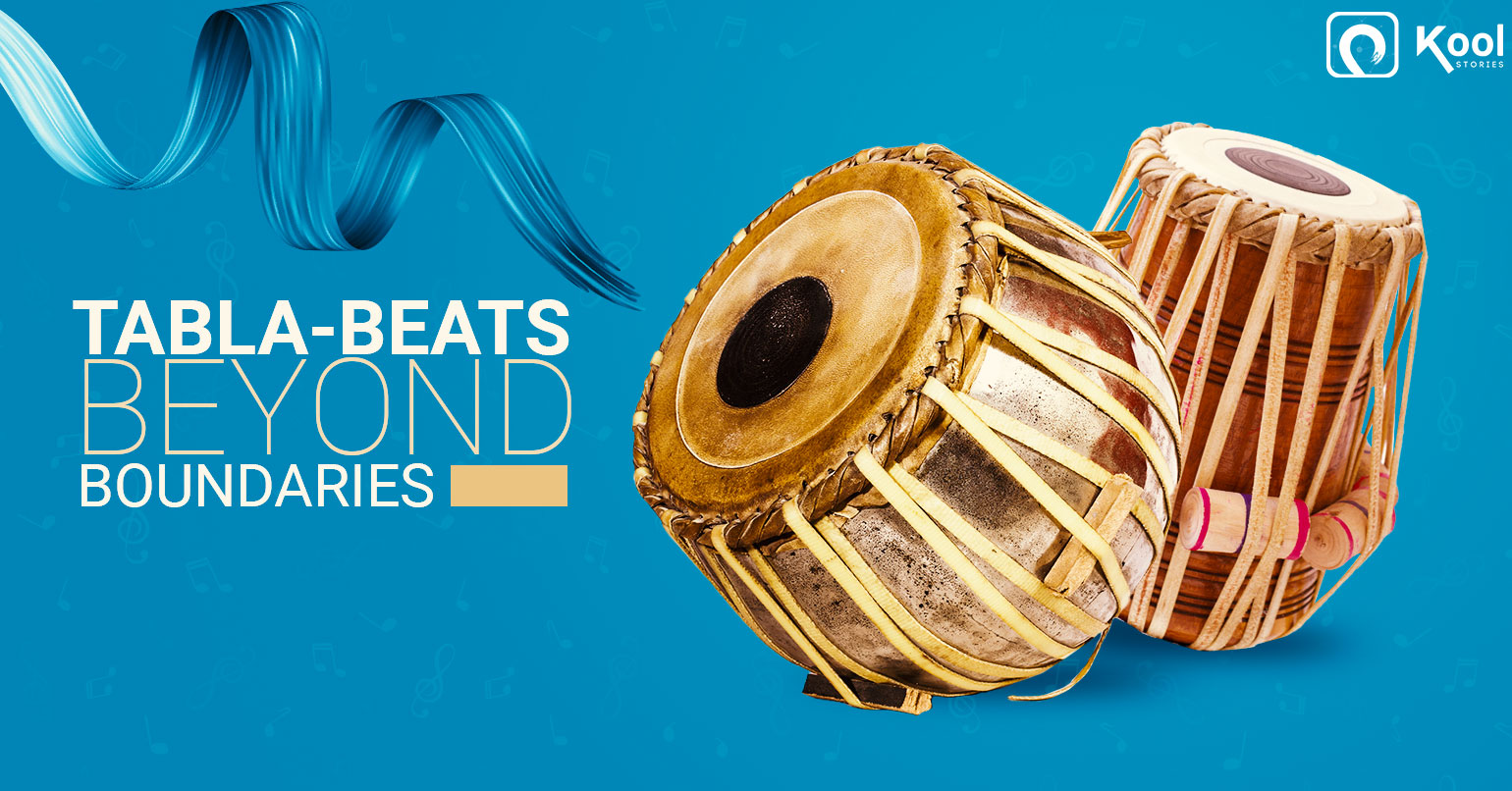 Indian classical music- that’s probably the first thought that pops up whenever you see someone with a tabla. Simultaneously it births serene imagery where a flautist, sitarist and a classical musician blend their beats along with this percussion instrument to produce angelic music.
Along with its exotic appeal, there is also an intriguing chapter on tabla history. Moreover, what’s fascinating to see is how it gained popularity in the West. This musical instrument is ancient, around 5000 years old and has its roots in the Mughal Empire.

Now, with global recognition, the beautiful tabla beats are infused to produce riveting fusion music. Musicians worldwide remain spell-bound by the soul-soothing tabla percussions. It has all the reasons to gain unprecedented fame as it is truly music that goes beyond boundaries.

Tabla is a famous percussion instrument of North India and is a major part of Indian classical music. This instrument with its mild and melodic beats is simply a haven for the ears and contributes to its status in the world of percussion instruments. But behind its tonal sophistication, the history of tabla is very sensational.
As per the oral tradition, the double-headed drum ‘Pakhawaj’ (barrel-shaped percussion instrument of Indian Classical Music) was sword split by angry Sidar Khan in a drum competition. While this is a tale that comes from the 18th-century Moghul court of Mohammed Shah, modern research begs to differ. It proposes that the tabla, although conceptualised in the 18th-century was invented by Amir Khusru. Interestingly, the Mughals were looking for more soothing percussion beats to go with Khayal (music style).  Hence, tabla was born.
With its inception in a heritage rich land, tabla become eternalized for its contribution to Indian classical music.
Consequently, this led to a rise in the number of tabla playing families or schools called Gharanas, characterised by their own distinct stylistic approaches. Each Gharana would build and pass down their unique repertoire. It is after all this sacrosanct collection that defines a Gharana and allows it to draw a lineage of passionate tabla players. In India, the study of tabla is ritualistic and the apprenticeship between a guru (teacher) and disciple still remains a sacred affair.
Now, the tabla is famous both inside India and out. Musicians like Zakir Hussain, Mahapurush Misra, Alla Rakha

For those of you unaware, this is how a tabla looks

It might look simple, but the anatomy of tabla is infused with precision that comes from the careful placement of different components.
The tabla is made up of two hollowed-out pairs of drums - the Daya on the right and Bayan on the left (vice versa if left-handed). Both the drums are played individually while sitting on the floor. Both drums blend together to produce a melody. Out of the two, the right drum produces high pitch beats. This wooden drum on the right is called Daya (aka dahina or dayan) meaning right. Tabla virtuosos are often seen hammering small wooden pieces outside the Dayan. Those cylindrical wooden pieces are dowels used to control the pitch.
The left drum is called Bayan and is the bass drum. Each drum is filmed with two layers of goatskin on the top which are stretched with similar thong lacings. A tabla player produces various sounds and beats with various wrist, finger strokes and arm actions. Each stroke is called a Chal.
An interesting aspect of tabla construction is the way it is tuned to perfection. A fine-tuning paste (black coloured) called ‘Syahi’ is applied to the surface. Alongside, a rice and iron paste smeared in a circle on top of the drum. Bayan construction is done with metal which was originally done with clay or wood.

The study of tabla is done in terms of words called bols, words or sounds. These bols are percussive notes attributed in a mnemonic monosyllabic way. These bols form the basic rhythmic framework of the composition called Tals. There are about sixteen bols or sounds and someone learning how to play the tabla has to memorize them all.
The Tal and the Rag are the two major concepts in North Indian Classical music. Rag is the melodic aspect while Tal is the rhythmic limb. Tabla contributes to both and is called the ‘Tabla Tarang’.

Tabla percussions are reaching far and wide. Its soothing beats go with yoga poses and meditation. Hence, music with such beats has mental health benefits. Over the last thirty years or so, it has gained unprecedented popularity. First, it was Ravi Shankar who toured the U.S. with Alla Rakha. Later, Alla Rakha’s son Zakhir Hussain (renowned tabla virtuoso) began his international collaborations with jazz and rock artists. They started making fusion music with other instruments like sitar, tabla, flute and tamboura.
Britain’s age-old ties with India has also ensured the infusion of cultural elements from the likes of music & arts to find its way into modern British culture. So much so that Tabla Sounds is one of the most sought after and busiest professional musician duos in the UK and Europe.
This tradition dates back longer than you’d think, and tabla players are making waves in the West. British Indian tabla player Tjinder Singh led his band Cornershop to some fame in 1998 with the album named England is a Garden.

With that peek into the past and present of this percussion instrument, it's definite that the future holds a lot of fusion music beats. Wish to share your love for the musical instrument with the tabla community? Allow the KoolStories app to give you a global platform to share your skills and talent. Download the online skill sharing app now.