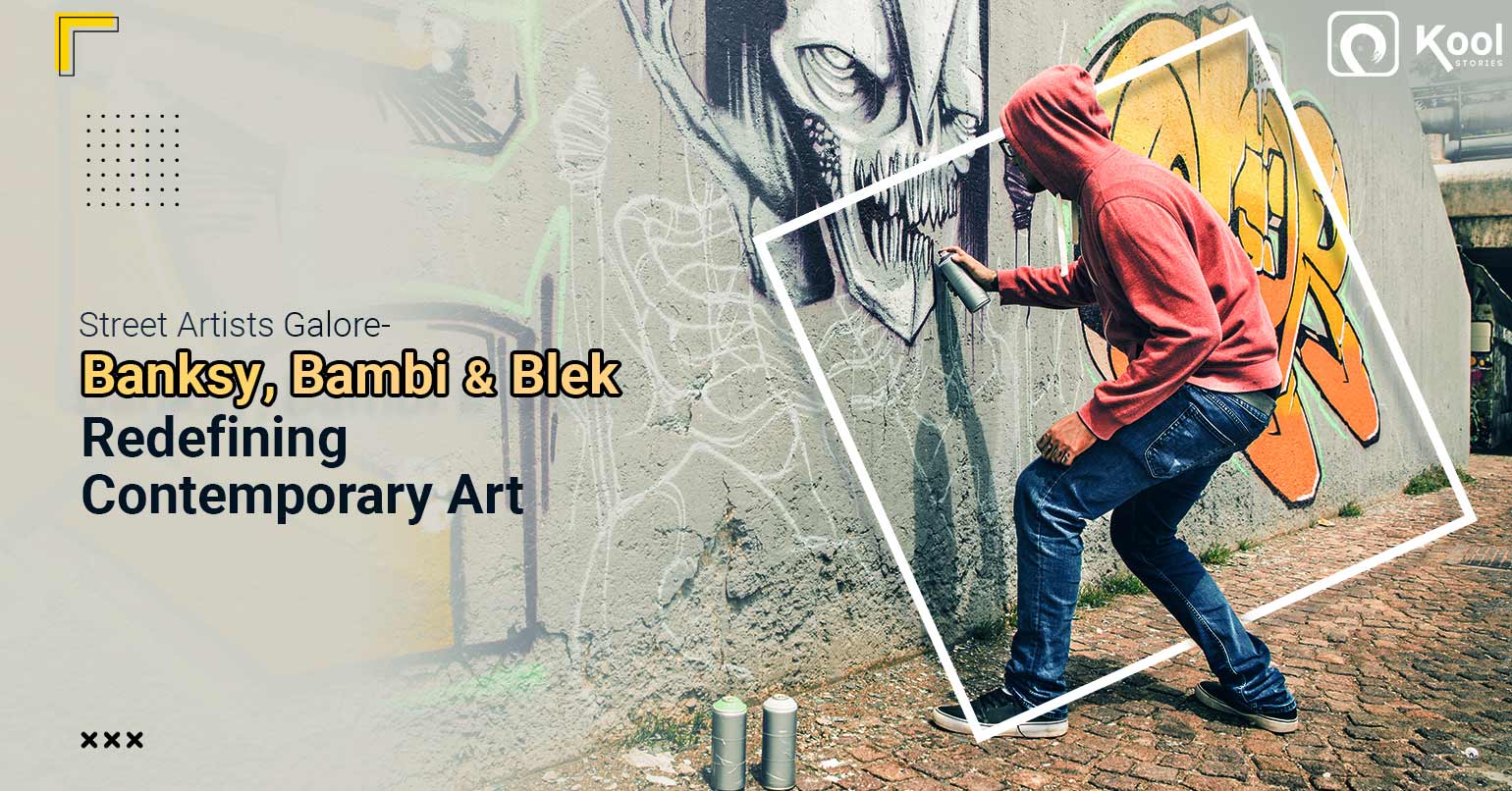 Britain is the epicentre of modern art and its rich art history is proof enough. Moreso, it is currently ranked as the most magnetic city by GPCI, powerful enough to attract a variety of creative individuals and enterprises. This makes the British art scenario the most creatively diverse and distinct, giving rise to new movements and developments. One such characteristic movement is of street artists.

21st-century art is thriving with tasteful pieces on the diverse ongoings in the world, combined with the evolution of our experiences and preferences. With every passing era, the need to break the shackles of obsolete norms and rules is desperately felt. Artists, be it graffiti painters, writers, sculptors, researchers, filmmakers, or song producers, feel this need and come up with ‘avant-garde’ artistic tools, software and techniques - giving rise to art as we experience today. While other forms of art remain sophistically placed in a gallery to be viewed by elite eyeballs, street art becomes more widely available, though illegal.

As you start your journey to becoming a part of this urban art movement, how about joining some famous street artists to take inspiration, learn and upskill? Get all this and more on our social learning app. Sign up for free to amplify and enhance your learning with 200+ global skill communities worldwide. Get in touch with learners and talent to take your learning and knowledge-sharing journey up a notch.

This democratic UK-based graffiti artist is renowned for his bold street art. His anti-authoritarian art gave way for new thought processes, ideologies by breaking from the ‘acceptable modes of representation’, challenging them in fresher fashions.
His strikingly thought-provoking spray paint art landed him in Time magazine’s list of 100 most influential people. It is this same provocative nature that allowed this British artist to meddle and satirically paint political and global matters of concern. However, along with fame, he was looked upon as a notorious graffiti sprayer of Bristol in 1999.

His art spoke of:

This street artist with a hidden identity was originally a freehand graffiti painter but his most renowned work remains the stencil pieces he etched in the 90s. His edgy artwork was a brew of political themes, capitalism, critiques of war, which also challenged the authority of art institutions. His urban street art achieved this through commonly used subjects like policemen, the royal families, apes, rats, and children. His avant-garde work includes 'Guard Dog and His Masters Voice', 'Shop Till You Drop' and 'Very Little Helps'.

In a country with a Criminal Damage Act, where graffiti is more vandalism than a form of artistic self-expression, Banksy addressed what everyone was so afraid to speak of. He made the most of visual culture (a key characteristic of contemporary art) with his unorthodox graffiti art and a can of spray paint.
This brings us to the most common feature of contemporary art - connecting to reality.
An American artist and writer explain it beautifully as she quotes:

I believe in art that is connected to real human feeling, that extends itself beyond the limits of the art world to embrace all people who are striving for alternatives in an increasingly dehumanised world.

She is so much more than a “Female Banksy”; a feminist contemporary artist voicing urban issues of the distasteful portrayal of women through her graffiti art. This British artist with Rihanna, Adele, and Robbie Williams as fans, came to the public eye in 2011 with a pencil portrait of Amy Winehouse. She anonymously made waves with spray paints as she squirted colour on sensitive matters like female genital mutilation, celebrity culture, fashion and politics.

Her art spoke of:

In an exclusive interview with the Guardian, Bambi disclosed her source of inspiration for the graffiti art she sprays across North London:
“Being an artist is about creative freedom. I want to save the world and that’s why social commentary is always present in my work. It’s easy to live with your eyes shut but that’s not fulfilling or helpful to the world.”
Her views on feminism, social and political disparity ooze through her revolutionary street art. She is one of the top female artists to boldly speak of bigotry in a corrupt world. Some of her groundbreaking work include 'Make Tea Not War', 'Hero To Zero' and 'Rock and Roll Kate'.

Despite struggling with gender stereotypes & stigmas, Bambi chooses to create a unique identity through her work. She and her art both combine to challenge the injustices in what she considers to be a direly flawed world.
The same ideals are upheld by a London dwelling Iranian visual artist as she expounds on the unparalleled power of artists worldwide.

I’m really interested in social justice, and if an artist has a certain power of being heard and voicing something important, it’s right to do it.

Any urban graffiti artist overhaul would be incomplete without the mention of Blek le Rat. This french street artist is widely known as the ‘father of stencil graffiti.' Xavier Prou working under this catchy pseudonym is considered the first authentic graffiti artist the world witnessed. His art is the epitome of freedom addressing social causes dealing with the environment, politics, and poverty. Some of his most popular works include 'Diana in Paradise', 'Space Odissey' and 'Pied Piper'.

His art spoke of:

Just like this graffiti artist’s name is a clever wordplay on an Italian comic book character Blek le Roc, his artwork is also a witty political commentary. He used Rat as an anagram for art. This can be seen in his The Warrior.  Being Paris’ first graffiti artist he has had a tremendous influence on the younger generation of street artists like Banksy.

To be among the forefathers of street art, Blek masterfully utilized the opportunity to create a more open, and diverse space for upcoming artists. His street art created the basic framework upon which newfangled stylistic art forms could be shelled out. Banksy in an interview with Daily Mail was quoted mentioning the impact of Blek le Rat on his own artwork, “every time I think I’ve painted something slightly original, I find out that Blek le Rat has done it too, only Blek did it 20 years earlier.”

The upshot of contemporary street art worldwide is proof enough of its warm acceptance. In today’s time and age, the world of visual communication is growing non-stop and is shaping into a well-knit community. One such attempt by Google Street Art is a positive step to unite like-minded trailblazing innovators worldwide.