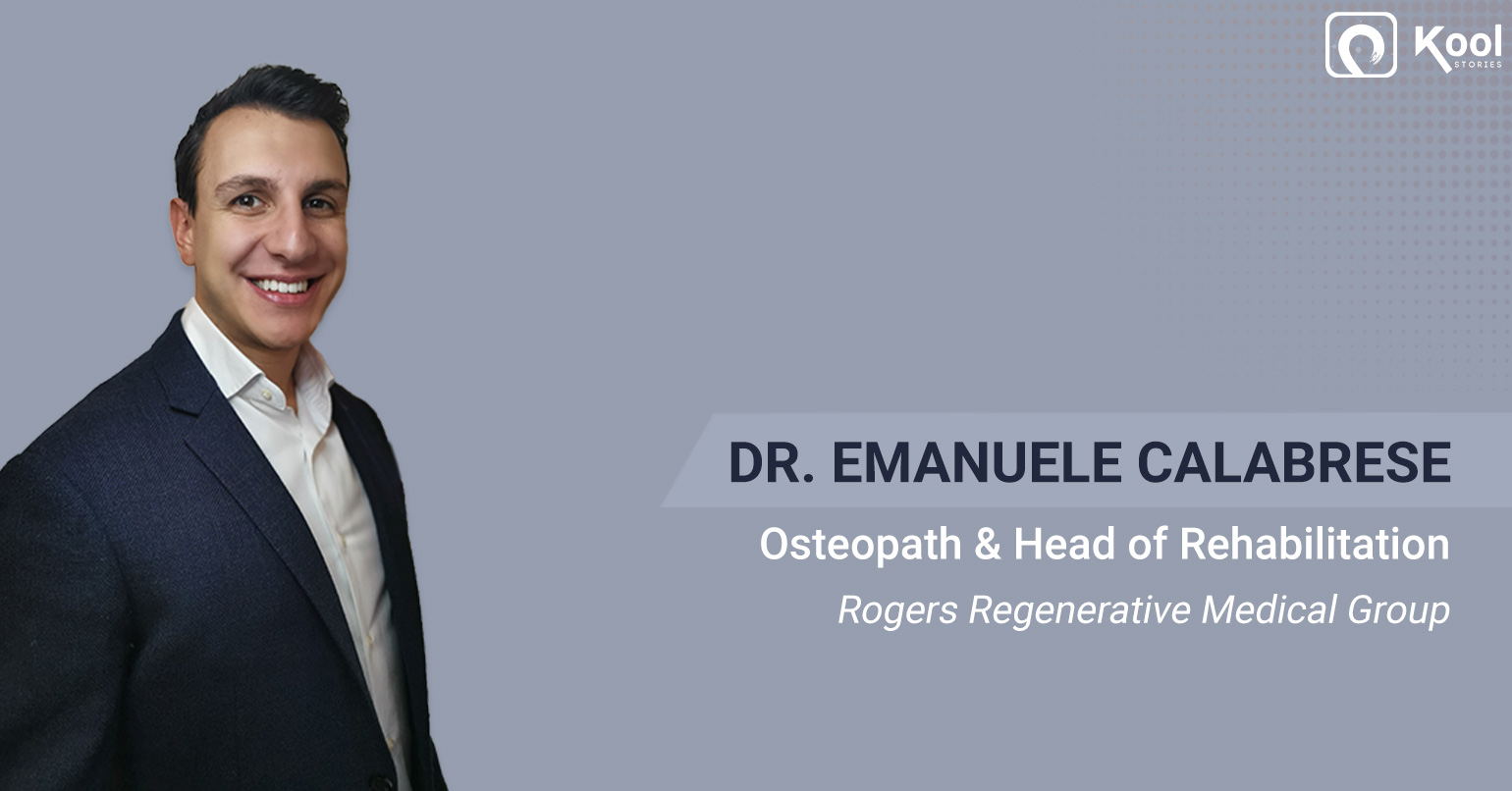 “I decide it’s gonna be painful or not,” says Dr Emanuele Calabrese, Osteopath & Head of Rehabilitation, Rogers Regenerative Medical Group speaking of pain psychology especially among sportsmen. Essentially, pain is a sensation that can be educated and moderated. It is an alarm system that the body and mind are trained to activate when some harm is done. That means pain is not strictly a biological phenomenon. This article is aimed at understanding pain management from a psychological and sociological perspective aside from it being a biological phenomenon.

Over the past few decades, there have been ample discussions in the medical & psychological communities about the cause and effects of pain, and there is an emerging universal understanding that it is not strictly a biological phenomenon. There are social and psychological factors impacting the result that is pain. For example, there is a common observation that while laughing hard (another subjective sensation), people often fall or hit something- an action that is supposed to cause pain- yet continue to laugh. This refers to a social factor that determines whether or not someone feels pain.

The following case, as cited by Dr Calabrese, appeared in the British Medical Journal in 1995, driving a lesson on the role of psychology by ostentatiously playing with uncertainty and anticipation:

‘A builder aged 29 came to the accident and emergency department having jumped down onto a 15 cm nail. As the smallest movement of the nail was painful he was sedated with fentanyl and midazolam. The nail was then pulled out from below. When his boot was removed a miraculous cure appeared to have taken place. Despite entering proximal to the steel toecap the nail had penetrated between the toes: the foot was entirely uninjured.’ (1)

This brings us to the question ‘do medical protocols also involve a human element in the diagnosis and treatment of physical ailments like injuries?’

Interestingly enough, another study that appeared in Neuropsychiatr Dis Treat in 2015 revealed a high negative correlation between the quality of life and the pain level. This means that a patient undergoing treatment for an injury in a deluxe hospital might undergo a lesser amount of pain than someone undergoing the same treatment at a regular hospital.

Again, this brings us to the question that if under normal circumstances, a patient is made to feel comfortable and is aware of what’s about to happen, would it make things easier for them?
The short answer is ‘yes.'

Modern diagnosis and treatment protocols are subjective to the person being treated. “This protocol is based on a plan where you normally investigate ‘what happened?’ and first of all... You rule out tissue damage; and from the diagnosis, you get… (you develop) a treatment plan.” Now, contrary to popular belief, pain and tissue damage are not mutually exclusive. As elaborated earlier, pain is the response to a stimulus. It can be caused by three kinds of factors: mechanical (like hitting your head), temperature (high or low) and chemical (like a chemical burn). However, the feeling of pain can often be a matter of priority. There have been several instances in the past when a mother when faced with danger or external stimuli that should cause pain, chose not to feel the pain and perform an act like “lift up a car” to save a child because “that’s (pain) is not a priority” believes Dr Calabrese.

The most common injury among sportsmen falls under the category of ‘tendonitis’, specific diagnoses are known by different names like ‘tennis elbow’ or ‘runner's knee’. These are essentially inflammation of the tendons, and the very first step after the diagnosis is “explaining the patient what’s going on because they have to understand how much they are going through,” said the Doctor continuing to elaborate on what helps an athlete mentally prepare for their recovery process.
Oftentimes, with the stigmas that are associated with different injuries, the sensation or the degree of pain varies among patients according to stigmas associated with them. These stigmas can be developed internally (by the patient) or externally (psycho-social impact).

The Role of Diet in Pain Management & Recovery

Undeniably, pain and injury recovery is a biological process. So, what one consumes during a recovery process does factor in the time taken for recovery. For example, hydration is known to increase the speed of recovery, especially when the process requires minerals such as calcium, magnesium and potassium.

This acutely relates to the mechanical/physical aspect of pain management or the healing process.

Eliminating inflammation, thus can not be considered an end solution. Surely keeping hydrated and eating recommended anti-inflammatory food can prove to be productive, but there is also evidence to suggest that inflammation is productive in the healing process. In a  research study published in The FASEB Journal in 2010, a group of scientists found that the presence of inflammatory cells (macrophages) in acute muscle injury produce a high level of insulin-like growth factor-1 (IGF-1). This type of growth factor significantly increases the rate of muscle regeneration i.e. reduces the recovery time. Thus confirming that the body takes charge of the healing process more so than the external factors (like food and sometimes medicine) that we include.
Note: High-fat food are pro-inflammatory and are known to increase the recovery time. This is the prime reason why it is important for sportsmen to regulate their “fatty food” intake.

Such awareness about the mental and physical aspects of injury and pain management is a critical factor in the success of athletes. Dr Calabrese believes that despite the lack of infrastructure, in certain countries, the availability of knowledge that is transferred onto the players by coaches, trainers and medical professionals can go a long way in helping them achieve their potential. “The chance a player has to develop skills… it’s already there... What is missing in less developed countries are resources (help realise that). When I’m talking about resources, I’m not talking about fancy machines; I’m talking about the knowledge and how we use it.”

We realise the need for specific skills and their importance in different domains only when we learn about them from experts, like Dr Emanuele. We have made it easier for you to dive deeper and gain first-hand knowledge from the source. Download KoolStories now and jumpstart your knowledge-sharing journey about pain management & sport psychology.