MAKE A QUICK SEARCH
Go back 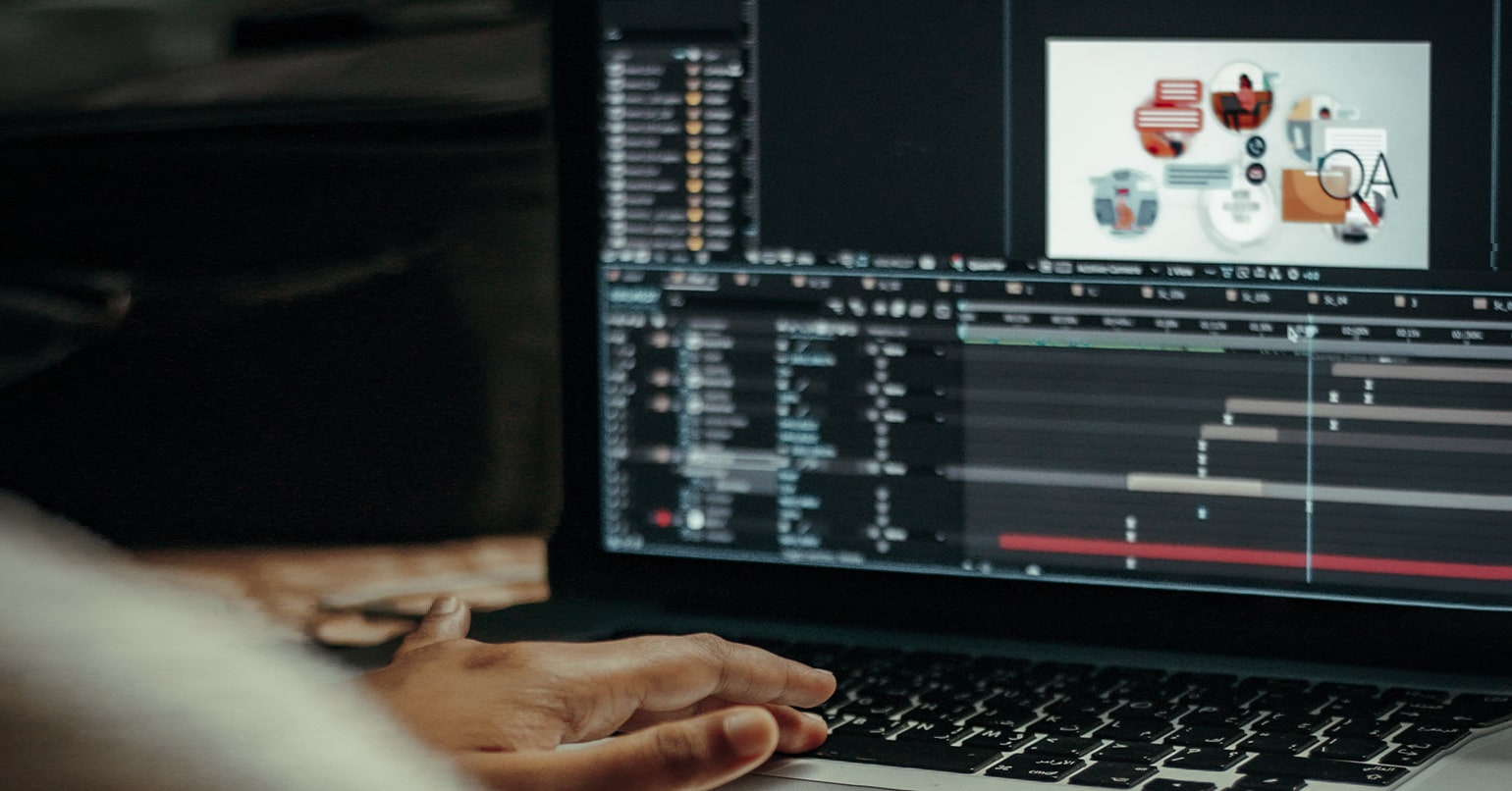 Did you know that Shrek was the first animated movie star? It's a character that defined the virtual world on a whole new level. Shrek's a legend 'til date.

That's animation for you.

Motion graphic is the daughter of animation. But, it includes a set of features different from the mother branch.

And, more often than not, people are curious to know:

What is the difference between animation and motion graphics?

This blog will let you know:

-the significant differences between animations and motion graphics.

-which niche should you use to create incredible videos?

Let's begin with the core difference between motion graphics and animations.

Save your time. Learn this in as little as 1 minute.

We’ve got 500+ bite-sized content to help you learn the smarter way.

The Core Differences Between Motion Graphic and Animation

Both motion graphics and animation portray a visual inspiration. But, here's the difference:

For instance, you must have watched Disney movies. All those fairy tale stories and characters are a result of animations.

Animations present inspiration through characters. These characters explain the stories through unravelling actions that lead to a climax, a.k.a. the story's conclusion.

How does motion graphics differ?

Motion graphics add life to an object that would usually be inanimate. Hence, the storytelling aspect of motion graphics diminishes to an extreme extent.

Need some motion graphics animation examples? Imagine you build a circle in the presentation of an explainer video. Motion graphics would make this circle move through the video to highlight a point.

Thus, the circle is not a character or a part of storytelling. Instead, it's a moving element that presents what the maker wants to convey to the audience.

Is storytelling the only difference in the battle of motion graphics vs animation? Nope. We have some other significant differences lined up for you.

Let's catch up on the most prominent differences between motion graphics and animation:

Motion graphics use text, whereas animations use characters to explain the video. They include texts, shapes, and images to illustrate the video better. Gain illustration skills to enhance your motion graphics portfolio.

For instance, have you seen explainer videos with texts and shapes on the screen? These elements explain the video better and make it more engaging. In this way, the discussed subject in the video has more clarity and easy to understand.

-How to Train Your Dragon

Notice how the characters in these movies tell you the story? That's what animation is all about.

The purpose of the making is a stark difference between motion graphics vs 2d animation.

An animated video exists to define the story.

Animations aim to express a story without a third-person narrative. It utilises the characters to convey a plotline that can relate to the audience. For instance, watch this video by God's School: The Olympian gods. The video presents a refreshing take on the relationship between Aphrodite and Hephaestus.

Motion graphics videos have the purpose of creating engaging videos. Unlike animations, motion graphics aims to create an attention-grabbing video.

Hence, motion graphics are more important as a tool for stimulating presentations. They don't have any storytelling purpose. Instead, they focus on how to make the video more appealing and detailed. To make it more clear, check out the video by Francis.J Motion Design. Notice how it uses elements to explain the history of coffee in an engaging manner. Yet, unlike the video above it does not personify the elements as characters to carry the ployline.

An important difference lies in motion graphics vs animation effects.

Have you ever noticed how it's not only the character that moves in an animated movie? The entire picture moves to build an almost life-like scenario. Various illustrations and effects give the whole scene movements to mimic reality.

Motion graphics are tiny elements added to the top of real captured videos. For instance, check out the explainer videos on various platforms. A person explains the topic in discussion while moving elements appear on the screen.

Such elements are a great example of motion graphics meant to enhance the quality of the video.

-headers and footers, and more.

Dimensions play a massive role in the world of motion graphics and animations. Both niches have a difference in the dimensions used.

Animations can use both 2D and 3D creations. For instance, movies like Avatar and How to Train Your Dragon are the best examples of 3D animations.

Such movies use characters and backgrounds for a somewhat-realistic feel. Watching these movies feels like you can almost touch the elements.

Imagine an explainer video that shows a lot of bar diagrams. The bars keep growing, diminishing, or changing colour to show the statistics. Tasks like these involve minimal narratives.

Motion graphics designers use static pictures and add minute movement to them. The same goes for shapes and letters spun around to create logos. The niche brings static diagrams to life to capture the audience's attention.

Animations, though, are all about movements. Fictional characters brought to the screen have dialogues and personalities.

In this way, animations are a more complex and defined art form. They develop around concepts like narrations and cinematics.

The essence of the movements seen in animation videos lies in storytelling. Characters don't move only for the sake of looking appealing. Instead, they have emotional expressions to push the narration of the story ahead.

The labour included to make this happen is also why animations cost way more than motion design. When the same artistic skill goes for operations like CGI, the expense can go multifold.

Motion graphics deliver a particular aspect of a video. It could be a product, a statistic, an opinion, a narrative, or an idea. Either way, motion graphics are not meant to connect with the audience. They are only there to enhance the video's visual appeal or, at most, teach a valuable lesson.

Animations are captivating, not only because of the visuals. They have more to offer, like emotional connectivity. They make the audience feel more involved. The connection is dynamic, built with plotlines, expressions, and dialogues.

So, a motion graphic can grab attention only through its visual presentation. Animations take the game a step ahead by involving emotions. They are heart-touching with moving (figurative and literal sense) dialogues, expressions, and storylines.

Of course, that in no way means that motion graphics are easy-peasy. We only mean the statement when compared to animations. Motion graphics involves less effort and resources.

Plus, it requires far less financial aid than animations. You can even find motion graphics free software online.

For instance, you have a website for which you need a pop-out title. You can find software online to help you create catchy tags, logos, pop-outs, and more.

With a robust system, using these motion graphics software is a cakewalk. The same isn't true about an animated movie. It needs extensive resources, skill sets, time, and monetary help. This is more fitting if you want to create a world-class animation.

We have already mentioned this before:

You can either use cheap means to create an unsatisfactory video. Or, you can go 'super Saiyan' (pun intended) and create a video that will blow everybody's mind.

But, this will include expensive animation software and other resources. Plus, you won't be paying the price only with money. Time is one of the immense treasures involved in animations.

Creating a complex video takes time, in the case of both motion graphics and animations. Motion graphics may take a few months, but animations can take years before you have what you want.

So many differences! We are sure you are wondering which one you should use!

Motion graphics seems like an affordable and less time-consuming idea. But animations can take your video quality beyond anything else.

Prince Hamlet's "to be or not to be" has never felt more accurate than this indecisive moment.

How about we simplify it?

See, the trick is to ask the right question. Don't ask 'which one to use' but 'when to use'.

I know we got you more confused. Don't worry. We got the strings untangled in the next section.

How to decide which one to use: Animation or Motion Graphics

Deciding between motion vs animation and choosing only one can be a loss. Why? Because both options carry different purposes, uses, and benefits.

The best way to leverage is to understand what your needs are. Understand:

-Why do you want to make a video?

-Who do you want to impress?

-And, what do you want to convey?

Here are some key questions that can help you choose your niche according to your needs.

Let's jump into these critical questions.

First, decide if you want a story for your video.

If yes, animations are what you need. It will bring your characters to life and allow your audience to connect with the video.

Moreover, using animation to express your storytelling skills will increase audience engagement. This is a great way to take your viewers on a virtual journey.

Motion graphics is your answer if the purpose is only to pass information. Capture a video explaining the topic in discussion. Use elements like moving bars, logos, and shapes to add more visual appeal and subject clarity.

What do you want your audience to focus on?

But, if you don't want the graphic elements to be the focus of your video, use various types of motion graphics. It keeps things simple without enhancing the visual aspects over everything else.

What's the intent behind your video?

Is it for learning? Or is it for storytelling? In the case of the former, motion graphics is your answer.

Using motion graphics to present an educational video or presentation is excellent. It is simple yet effective in helping the learner learn without losing focus.

In case the intent is to share a story, animations are brilliant. Create a short tail of a puppy, a boy, or anything you want through animations to bring your story to life.

Whether you choose motion graphics or animations, the end goal is to bring a video that can be the next hype.

Connect with experts to learn more about:

-motion graphics vs motion design, and more such interesting concepts.

You can learn new skills that can make your videos viral. Know how to create engaging graphic videos at your own pace. Join KoolStories for free and discover the path to quick and easy learning today!