How Meditation Protects You From Dementia? 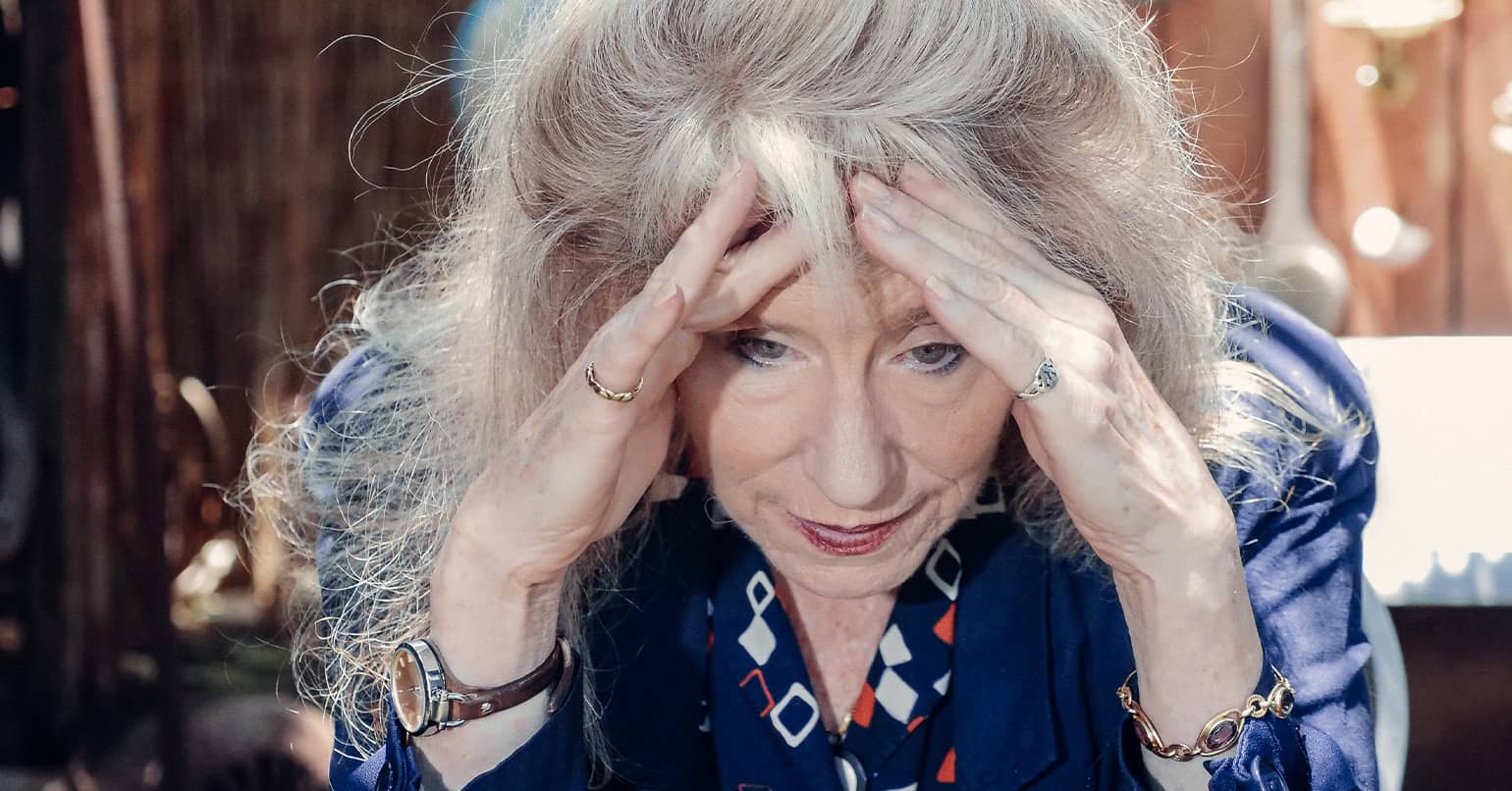 As of late, the new findings forge a new path for meditation. Studies reveal that meditation can open new doors for mental therapy. This goes beyond reducing stress and anxiety. According to experts, meditation can be the solution for dementia. Let's dive further into this science.

Meditation for dementia: A scientific research

Dr Gael Chetelat, University of Caen Normandy, explains that meditation changes the global composite score. It is above any other non-native language training. The effects are most prominently seen in attention and socio-emotional capacities.
According to Dr Chetelat, meditation can adequately increase attention regulation in a human. Hence, meditation can lead to heightened awareness. It also allows a person to experience the benefits without fully absorbing them.

A study was conducted under Dr Chetelat to understand how meditation impacts dementia. The study considered a group of 137 people. They were divided into three groups after that. Two groups practised meditation and English in two-hour sessions regularly. Apart from that, they also practised the same at home for 20 minutes per day. The last group did not bother with any of this in their day-to-day lives.

The study confirmed how meditation and language learning could help improve adherence and lower attrition.

Fun fact: Did you know that experts estimate that the number of dementia cases will triple by 2050?

Dementia has no cure. The only way to reduce its impact is by improvising lifestyle choices to avoid it.
Mindfulness-based cognitive therapy (MBCT), which combines meditation with orthodox "thought training", is already recommended for depression in Britain and is available on the NHS.

The effects of Kirtan Kriya meditation

Kim Innes, a professor at West Virginia University School of Public Health, Morgantown, made a remarkable study on the effects of the Kirtan Kriya meditation.
The study considered blood samples from people who were predictable at the onset of Alzheimer's disease. The blood samples showed a reduction in telomere length and telomerase activity in their bodies. The reduction of the two enzymes is often seen as the core cause of cellular ageing.

The study showed that those in the group who practised meditation saw a more significant increase in telomere length and telomerase activity.

Kim Innes further argued that such diagnoses and treatments could cure diseases like dementia and Alzheimer's before the onset.

This was one of many benefits related to Kirtan Kriya meditation provided by studies. Here's more:

1. In 2015,  a study revealed that kirtan kriya led to lower depressive symptoms and more significant mental health improvements. It also revealed that people who practised this meditation have more substantial memory storage. The study showed approximately 43% improvement in telomerase activity in subjects, the largest ever reported.

2. Studies have shown that meditation can reduce various symptoms related to Alzheimer's disease. For instance, it can reduce the inflammation associated with artery disease.

How does meditation benefit the brain?

The truth is, it's only recently that the world found how meditation can help stop the progression of dementia. But, the positive effects of meditation on the brain have been going around for more than 2 decades. Here are some of the scientifically proven benefits of meditation for the human brain: 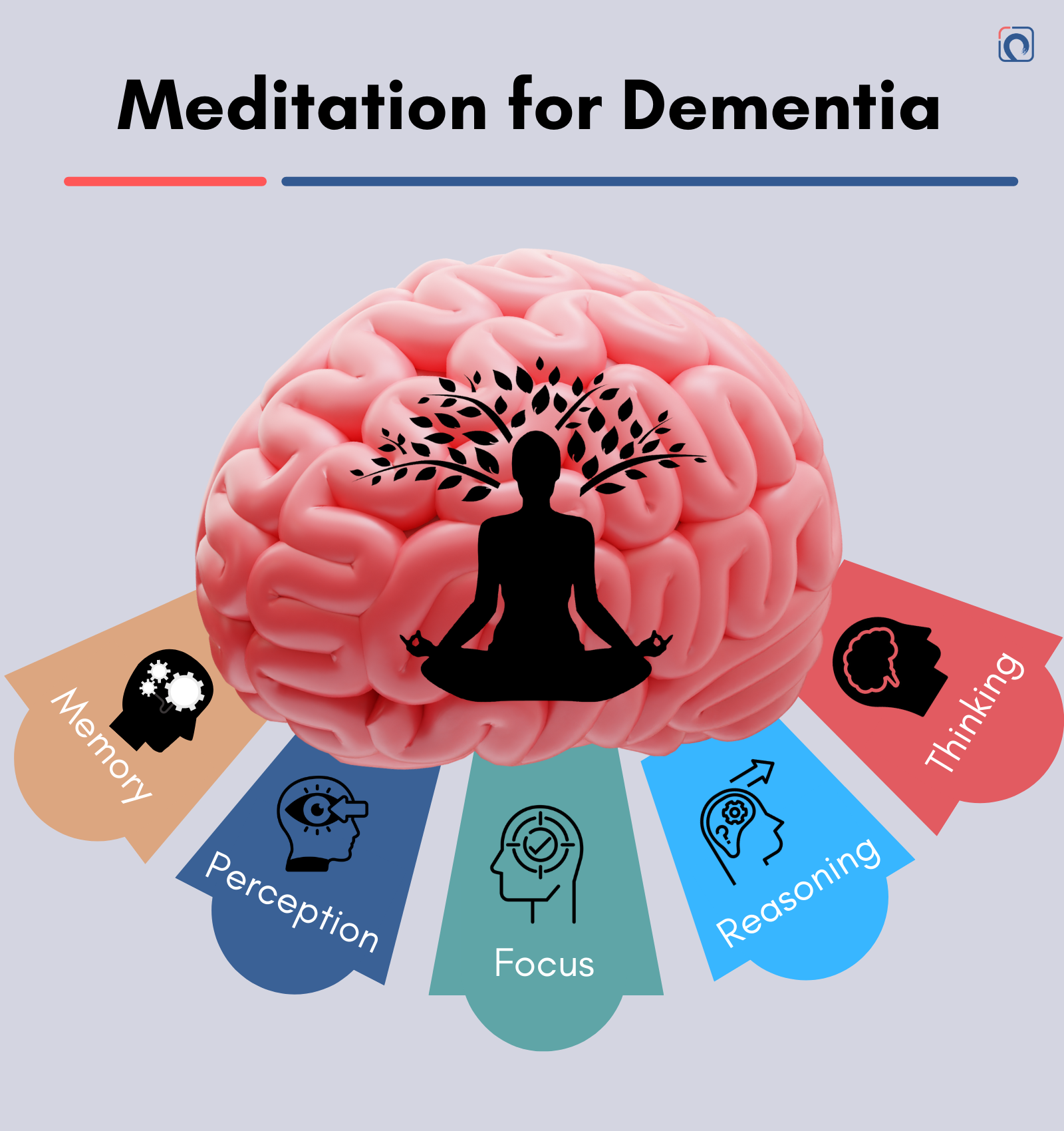 1. Increase in protective tissues in the brain.

2. Create a barrier against causing atrophy in the hippocampus.

4. Create fewer feelings of isolation and loneliness in senior adults.

5. Increase grey matter in the brain.

6. Increase the cortical thickness in the brain, which is related to memory storage and decision-making.

Other benefits of meditation include:

-Preserve brain structure in the elderly.

-Reduction in stress and anxiety.

Did you know that meditation combined with yoga can prove phenomenal against dementia? Let's understand better in the next section.

Yoga and meditation for dementia

One of the most effective combinations for dementia and Alzheimer's is meditation done with yoga. Here are 5 ways meditation combined with yoga can help protect from dementia.

Yoga and meditation for new connections

Yoga and meditation can be great for stimulating different parts of the brain. This is where the combination becomes most helpful in curing dementia and Alzheimer's. Yoga and meditation, together, can engage with various parts of the brain. You can try asanas, chantings, and concentration. Each of these practices can help form effective brain connections by stimulating neuroplasticity.

Yoga and meditation as stress-killers

Several studies have shown that yoga with meditation can soothe your mind and diminish stress. Stress has a strong correlation with Alzheimer's. Moreover, stress can cause inflammation in the central nervous system and hormone dysregulation. Hence, lessening the impact of stress can have a positive effect on dementia and Alzheimer's. Yoga with meditation, thus, improves the quality of an adult's life by helping them cope effectively with stress.

Performing pranayama yoga with meditation has been evidently valuable for improving memory. Furthermore, the combination has also helped in developing cognitive flexibility. Adults who face mild cognitive impairment can practise pranayama with mindfulness meditation. Moreover, practising pranayama with mindfulness meditation can decrease atrophy in the hippocampus (a complex brain structure responsible for memory storage). This is why you see yoga and meditation experts more relaxed. The same practitioners are also in a better position to be excellent caregivers.

Yoga and meditation against listening to the music

More studies have been conducted to prove that yoga and meditation together can be even more effective than listening to music. As per the popular theory, listening to music can reduce stress and improve sleep. But, research has proved that meditation with yoga can improve sleep quality faster. Additionally, it can also deal with early memory loss symptoms and enhance the overall quality of life. These studies addressed how yoga and meditation together calm the mind, reduce stress, improve memory storage, and increase telomerase activity. Performing kirtan kriya meditation with yoga for 12 to 24 weeks can also show astounding results on an adult's mental health.

-Relief from symptoms of depression and resilience

On KoolStories, you can find mental health, yoga, and meditation experts who can lead you farther in this journey. Connect with these experts through one-to-one sessions or explore microcourses to enhance your knowledge. Join the app today.

Play, learn, earn in the social media for education.

Have the best learning experience on the social platform curating educational content only.