Greatest Movie Composers of all Time 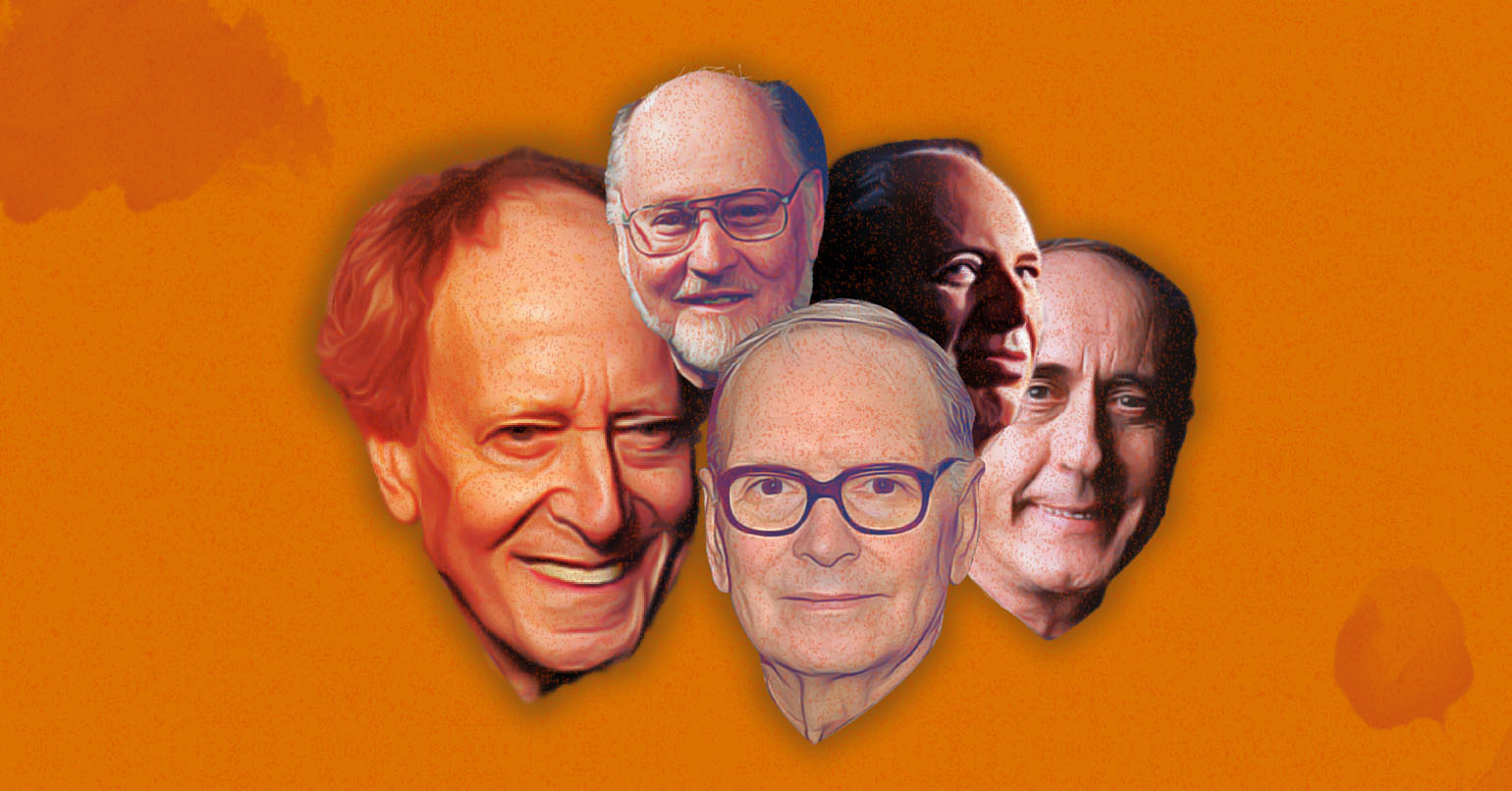 What makes cinema so extremely popular? Some would say acting; some would choose cinematography; few would also bet on the direction. However, they might wilfully ignore film scoring.

Music has always been a crucial and often overlooked aspect of movie-making. It is the core of cinema production, support to actors, a guiding light for the director and a trustworthy companion for the audiences.

Music is used and not used in a movie scene because of multiple reasons. First, it can create all sorts of emotions to carry a storyline for producing desired effects. Second, film scoring is a huge responsibility that comes with endless experimentations, failures and masterpieces. Hence, we are compelled to recognize some of the best music composers of all time. These people are not your regular instrumentalists. Instead, they are exceptional visionaries who create magic with their instincts.

They are the most incredible movie composers in the history of cinema.

Let's start with the honours.

John Williams is one of the most popular and successful film scorers of all time. With five Oscar wins and 38 nominations in total, he is a musical force like none other. John has curated music for movies like Superman, Jaws and Star Wars. Seemingly, the legendary music composer enjoys a cult status in the movie fraternity.

He has created 20 records that reached Gold and Platinum status. He has won 25 Grammys, three Golden Globes awards, two Emmys with numerous international accolades. In addition, John has also managed hundreds of orchestras across the world. He has been duly recognized for reintroducing symphony-based music in movie narrations.

He has had a long-lasting relation with iconic director Steven Spielberg. After giving music in more than 100 films and leading orchestras worldwide, we can undoubtedly call him an ace film composer. The music fraternity will always acknowledge the pianist for providing extremely emotional and instantly recognizable music in movies like Jurassic Park and Schindler's List. There is no doubt about his supremacy as the top music composer in history.

The internationally acclaimed and respected film composer is remembered chiefly for his contribution to spaghetti westerns. In addition, however, he gave prolific musical services to thrillers, comedies, historical dramas, and other movie genres. With a soundtrack as memorable as "The Good, the Bad and the Ugly", he solidified his legacy among famous music composers for eternity.

He received his first competitive Academy Award and a Golden Globe for scoring Quentin Tarantino's "The Hateful Eight". Previously, he was honoured by the academy for his unparallel contribution in film scoring in 2007.

He also gave music for radios and theatre. Furthermore, he continuously worked as an orchestrator and a conductor in his long and successful career.

Ennio Morricone will be best remembered for his atmospheric sound effects. He had an excellent eye for perfection and detail. We still can't get over those alluring sounds of gunshots and cracking whips. He might not be with us today, but his music will live with us forever.

John Barry's name is synonymous with the Bond movies. He gave music for 12 bond films and inspired a new generation of filmmakers and film composers.

In his illustrious career of more than 50 years, he grabbed five Oscars and four Grammys. His work with Francis Ford Coppola is termed legendary and trendsetting. Also, how can we forget his instrumental role in creating a new wave of action-adventure music?

John Barry represents the 60's and 70's of movie scoring history. He was an impactful composer in his peak years, an award-winning lyricist, a fantastic harmonica player, and a well-known guitar lover.

We have adored his melodies in movies like "Dances With Wolves" and "Dr No". The celebrated British composer will forever be an inspiration for musicians who do not settle inside the box.

For people who do not stick with the typical, we have KoolStories- Online Skill Learning Platform. A place where you can create new dimensions of sharing skills with your community. A place where you brand your skills. Join the future. It is time that we stop juggling inside the confusing algorithm of social media apps.

The German film composer and record producer does not need any introduction.

He is universally considered a genius musician. Why? Because the wizard never had a formal education in music. He is a self-taught rarity who can create excellent music for big-budgeted movies.

He has been internationally acclaimed for scoring music for Interstellar, Inception, Gladiator, Dunkirk, The Lion King and numerous modern-day gems. He has won one Oscar, four Grammys, two Golden Globes awards and several other accolades.

Zimmer has built a dedicated following due to his experimental and fusion oriented music. He provides an incredible blend of orchestral and electronic vibes in his movies.

Moreover, how can we forget about his sensational live performances? The extraordinary combination of sound and music is a sight to behold. He has a long career ahead with an unmatched legacy, and we cannot wait to listen to his upcoming projects.

Henry Mancini is renowned for his originality. He had a long and celebrated career in both movies and on the small screen. The multitalented composer was also a pianist, a conductor, a flautist and an arranger. With four academy awards and 20 Grammys under his belt, he ruled the movie composing industry. He saw his first notable success in the early '60s and never looked back for the next three decades.

He continued to create exceptional musical scores due to his knowledge and approach towards new-age musical genres. The use of unusual sounds and experimentation with unique instruments was his standard technique for music composition. The American musician is credited for starting a new wave of symphonies that were even acknowledged by his European counterparts. This legendary artist has more than 350 musical credits to his name. Even today, his music gets remixed and reimagined countless times.

You will become a part of Henry Mancini's legacy when the next time you hear the Pink Panther music.

You might say that music is subjective, but nobody can disregard brilliance.

There are probably hundreds of official soundtracks more famous than the movie itself. Composing music for a film is a very refined and distinguished skill. Every movie composer goes through numerous roadblocks to create the perfect harmony possible.

However, it is hard to judge a composer based on their popularity or awards. We have tried to incorporate musicians who had an extensive impact on their industry. These people changed the way cinema made us feel and inspired millions around the world.

And if you are still not convinced, then try watching Marvel Avengers without its official soundtracks. You will develop great respect for not only Alan Silvestri but for all movie composers.