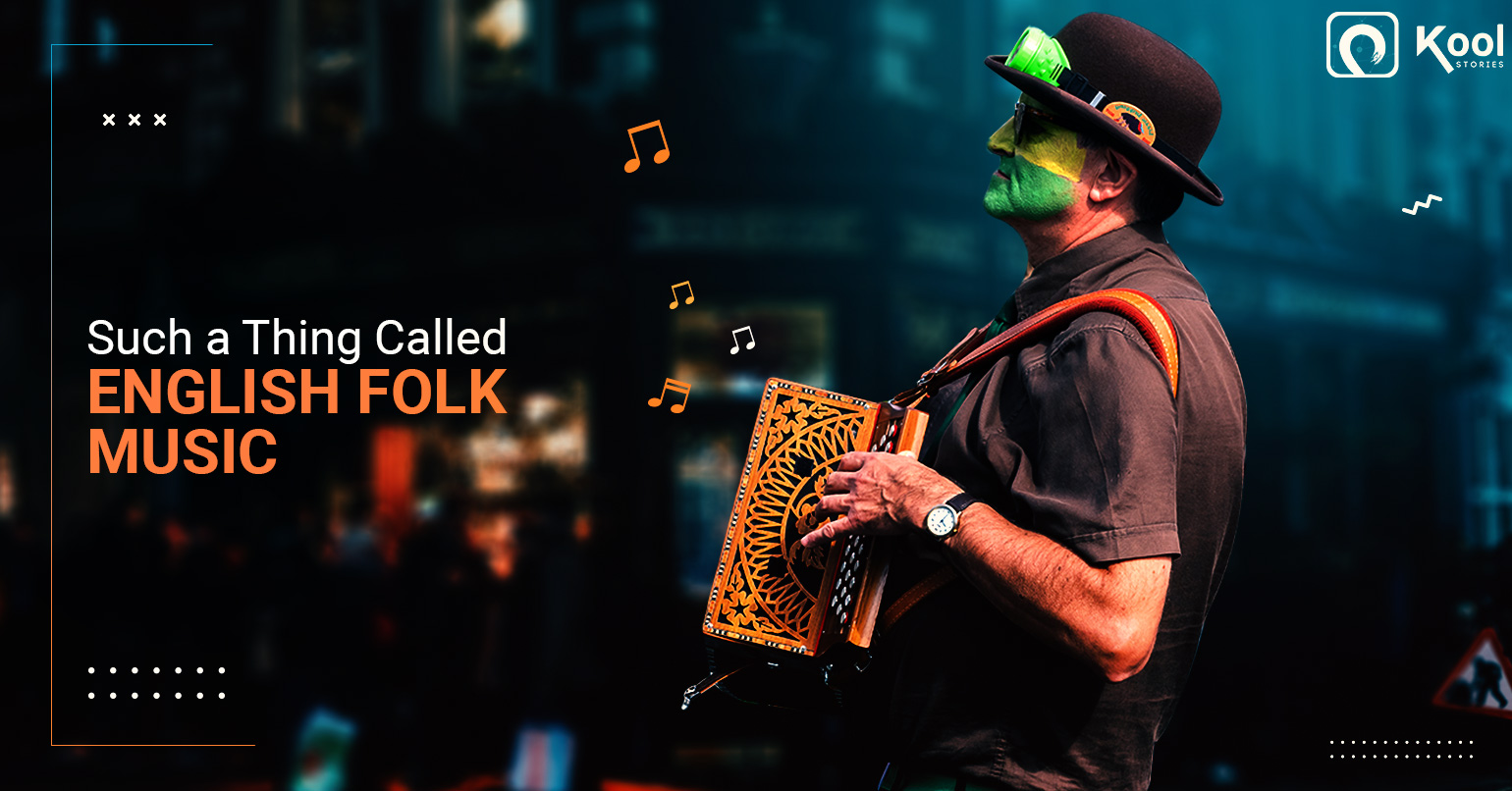 Just like all other cultures, folk music lies at the heart of the English culture too. While music critic Oscar Adolf Hermann Schmitz, described the United Kingdom as 'The Land Without Music' ('Das Land Ohne Musik') in his book, the Britons have music in their veins. This English folk music passed down in the form of ballads and pastorals, goes back to medieval times. But due to its association with the many hues of English traditional culture, folk music hasn't received the limelight it deserved. Now, with fusion music and fresher tune traditions across Britain, English folk music is enjoying its day in the sun. This is the revival of the British folk in the 21st century. Were you aware?

The word ‘folk’ originated in England and was borrowed from the word "volk" (German) referring to folks or people. Thus, folk music is the music of the people. If we roll back to those times, folk music was essential to oral tradition and a boon for people who couldn't read. Stories, legends, epics and poems told in oral forms are cherished till date and contribute to English literature and its rich history. Beowulf, National epic of Britain, passed down in a folk epic manner is the perfect example of the oral tradition. This tradition continued through the periods in English history as narrative poems, hymns, carols, ballads became a source of education and entertainment for the royalty and commoners alike.

Fun fact: Did you know that the oldest existing melody called The Hurrian Hymn is over 3400 years old and was discovered on a clay tablet.

It was only in the middle ages (13th century) in the Anglo Saxon reign that manuscripts began to be published and some songs, along with other literary works, began to be documented. But with wars and changing reigns, the publication was irregular. Due to the absence of a written manuscript, traditional folk music of England was either lost or underwent tremendous modifications. Talking about influence and refinement, English folk music was distinctly shaped in the 17th century Renaissance keeping in line with the popular taste.
Then, came the Industrial Revolution in the 19th century with rebellious vibes and popularised brass bands. Simultaneously,  music halls were erected and folk music found a roof under which it was played for over a century.

Fun Fact: The oldest English song- Sumer is icumen in-is 800-year old and records the first use of the word ‘fart’.

Modernity came like a wave of transition for traditional English folk music. Operetta and musical comedies came in vogue in the 20th century. Because culture is made rich by people and as events unfold, World War 2 also gave English folk music the “electric folk”.  Here, electric guitars fused folk music with contemporary elements. From here onwards, English folk music saw a surge in popularity. The 70s with disco music and the 80s with punk rock gave folk music a new face altogether.
Apart from the influences of each era, something that tuned British folk music was the folk instruments. These instruments with their exotic appeal preserved the English folk tradition.

The folk instruments that complimented the music of that time were majorly wind and string percussion instruments. This is what gave a sophisticated appeal to those folk songs. Here are some of the distinctly British folk instruments to know about:

As you can see that some of the traditional instruments were given a revamp and made modern. Similarly, English folk music also underwent this wave of transition.

Some may think that the British folk tradition died out. But the many folk festivals along the UK, Europe and Ireland say otherwise. As their music palette widens with digital or techno music, folk beats have gracefully juxtaposed alongside its contemporary counterparts.
Alongside dedicated folk singers, bands like The Imagined Village, The Full English, and the Elizabethan Session blend modern ingredients with the old concoction.
This one-eighty to the roots bode well for the modern singers as they served the English audience with a more multifaceted plate. What a melodious and characterful mix it is- fresh beats blending harmoniously with regal music that birth history.
Moreover, societies like the Cecil Sarp House with their learning and participatory programmes, acquaint the youth to the folk tradition and help rediscover Britain’s collective vision of the past.

Thanks to societies, communities and bands, traditional English music composer has thrived the wave of modernity brought about by the 21st century. Belonging to a community not only helps take inspiration and learn but also keeps you abreast with the latest trends and developments. We understand the need for a community to learn and grow. To furnish all you learners and skilled individuals achieve the zenith of learning, join KoolStories- the online skill-sharing app.